They live amongst us…

These two cute critters were caught on the camera trap set up at Capricorn Business Park recently, a Cape clawless otter and a water mongoose. Muizenberg East Conservation Site Manager, Kim Gordon says. “I had been seeing signs for a few weeks and decided on a strategic spot to place the camera in the hopes of catching a picture of the otter and I’m really excited at the success of not only catching the otter, but also the bonus of catching the water mongoose on camera too!” 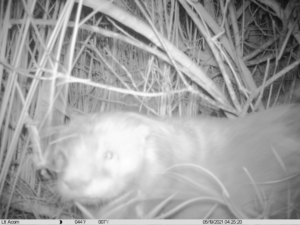 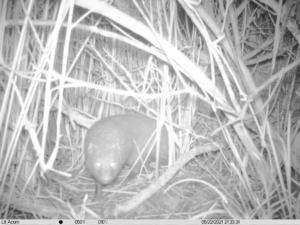 The Muizenberg East Conservation Cluster, managed by CTEET in partnership with the City of Cape Town, comprises fragmented patches of natural areas within the Muizenberg area. These sites lie within the Cape Flats Dune Strandveld, a critically endangered habitat, forming an integral part of Cape Town’s biodiversity network of interconnecting corridors and conservation areas. These green corridors encourage continuance of natural ecological processes. “Our camera trapping efforts showcase a variety of wildlife that move between these fragmented sites and reveals the importance of keeping these corridors open. The camera trap has also proven to be a great tool in monitoring wildlife found in these urban conservation sites. Often animals that are too shy to come out when people are around are caught on the cameras. In this way we can confirm the spoor we are seeing is from the animals we suspect to be occupying the area” says Gordon.

“Many small mammal species have been captured on the camera trap across the various sites within the cluster, such as grysbok, Cape porcupine, Cape clawless otter, water mongoose, grey mongoose, Cape dwarf chameleon, four-striped field mice, a variety of birds and sadly many domestic cats too, which can have a devastating effect on biodiversity at these sites,” She concludes.

Wrapped in “Mysteries”
Scroll to top