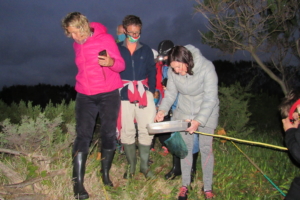 During the winter months, the Kenilworth Racecourse Conservation Area (KRCA) is transmuted into an oasis as the wetlands fill up. It has become a yearly custom to invite members of the public on guided frog walks at the site. This year has been challenging for most people, and with the lifting of the lockdown regulations, members of the public called for a guided walk. Such interest from the community continues to be a highlight for staff at Kenilworth Racecourse Conservation Area. Following the request, the team invited everyone to join and we hosted a group of enthusiastic adults and children. As the sun went down, the flashlights beamed in the dark in search of the frogs calling so loudly, it thrilled everyone!

Site manager Jerry Khalo says, “On the walk, the group was fortunate to see various frog species including the renowned KRCA flag species, Microbatrachella capensis, commonly known as the Micro frog. When people found out that KRCA supports the last remaining population of Micro frogs on the Cape Flats, more interest was sparked and they were inquisitive of measures in place to ensure the survival of the population. With the aid of the KRCA team and a few experts in the group, different frogs were easily distinguished based on their physical features. It is along such walks where staff are able to engage with members of the public and promote awareness about the site and conservation of natural resources at large”. 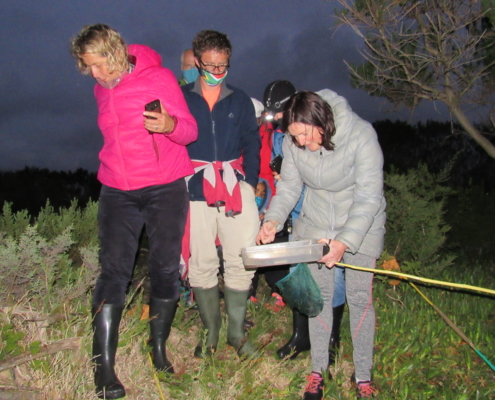 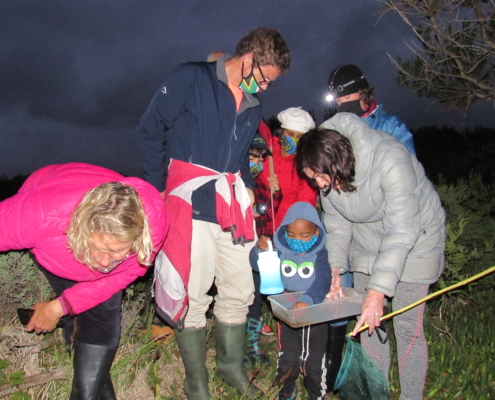 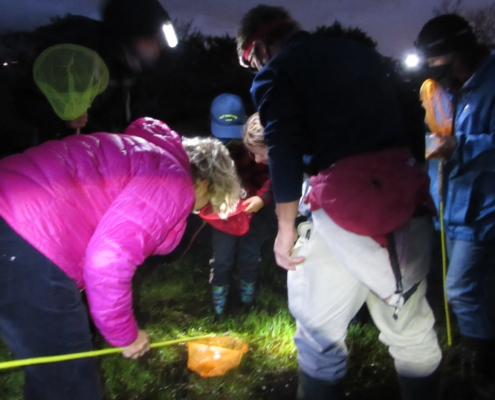 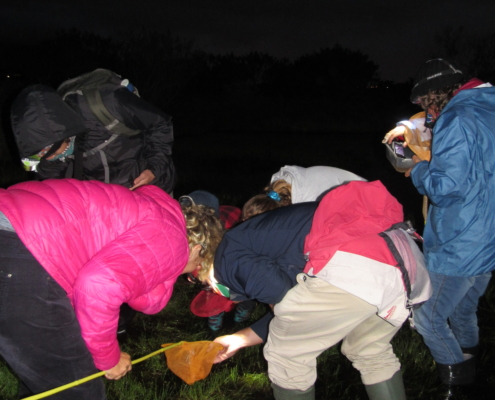 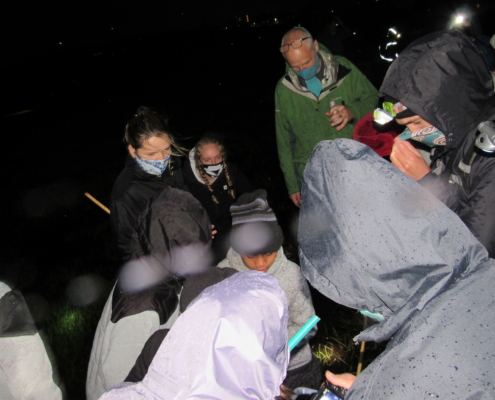