Control of Typha Capensis at KRCA

The Kenilworth Racecourse Conservation Area contains nine remaining natural seasonal wetlands, some of which are almost pristine and therefore of immense conservation importance. Currently, there is low disturbance and low inflow of water-borne pollutants into this wetland, however, like many other wetlands in the Cape Flats, KRCA Wetlands are threatened by alien and invasive plants including Typha capensis – commonly known as bulrushes – through invasion and encroachment.

The water in these wetlands, which is black and acidic, originates largely from natural seepage points in the centre of the racecourse.  The conditions favour the last remaining population of micro-Frog Microbatrachella capensis in the cape flats, making it highly important to ensure through conservation programmes that the conditions remain supportive of this critically endangered frog.

The KRCA conservation management team annually clears the Typha capensis in the wetlands to prevent it from taking over the wetlands, eliminating other wetland plants, decreasing species and habitat diversity. It could also bring about fire hazards, and alter the chemistry of the water.  The team persistently monitors the range of such invasion and to date the effect is evident in some wetlands, however, in some parts the invasions remain high. This is primarily due to their ability to survive an annual unfavourable season and the shortage of resources.

Presently, the technique utilised involves cutting the Typha stands as close to the ground as possible using loppers before the wetlands get full. The idea around this approach is to control by flooding stubble. A comparison using a fixed-point photograph that was taken 2019 and 2020 show a significant difference and motivates for such a programme to continue. 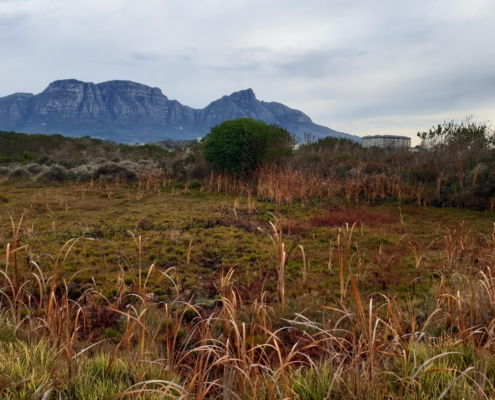 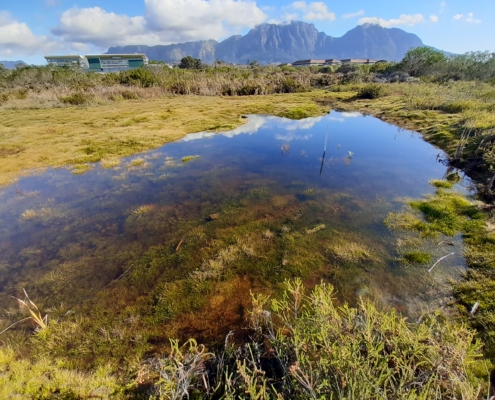 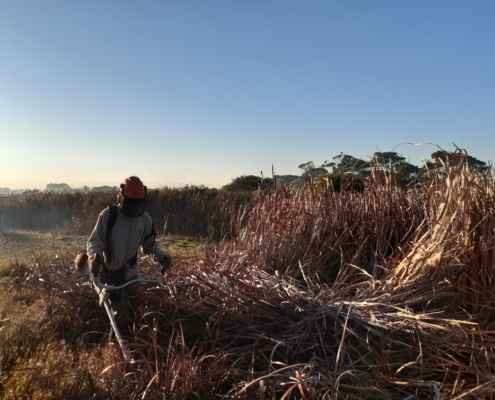 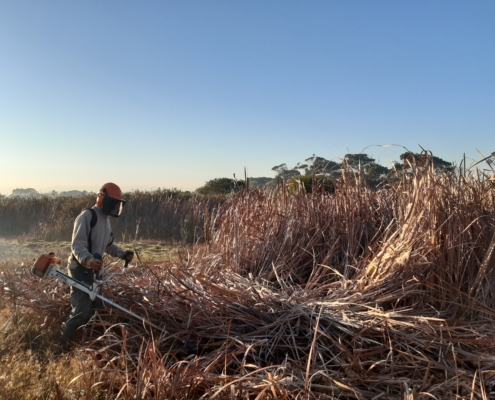