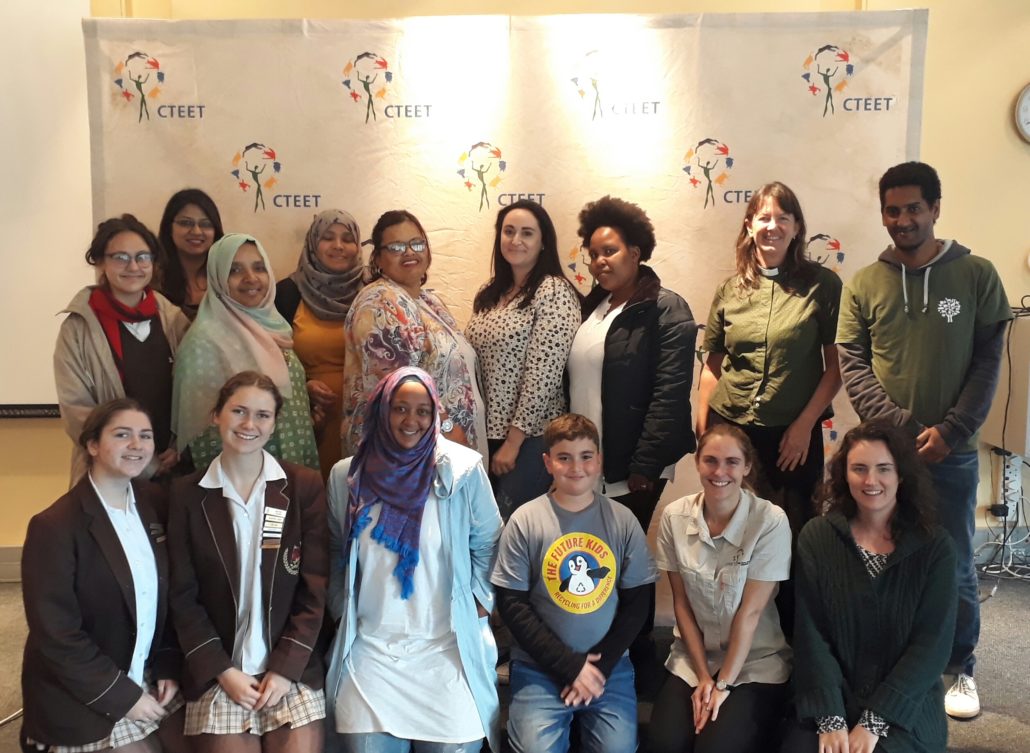 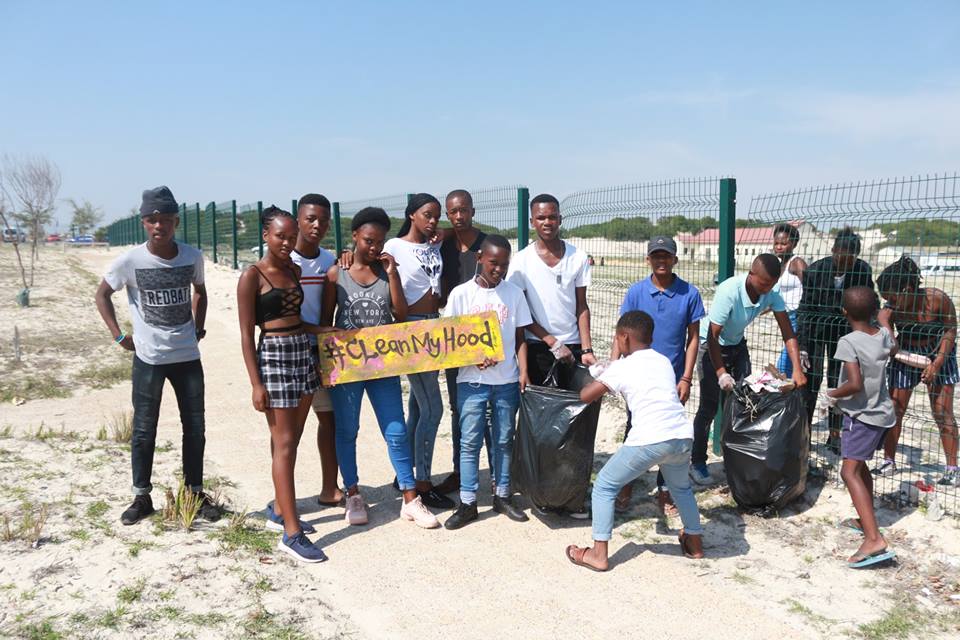 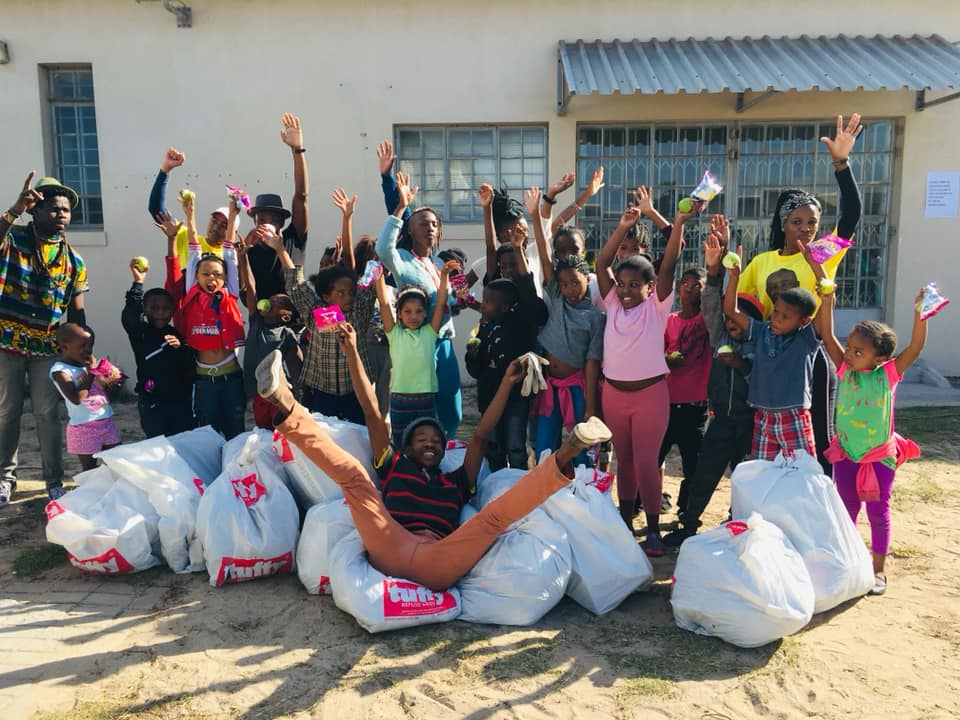 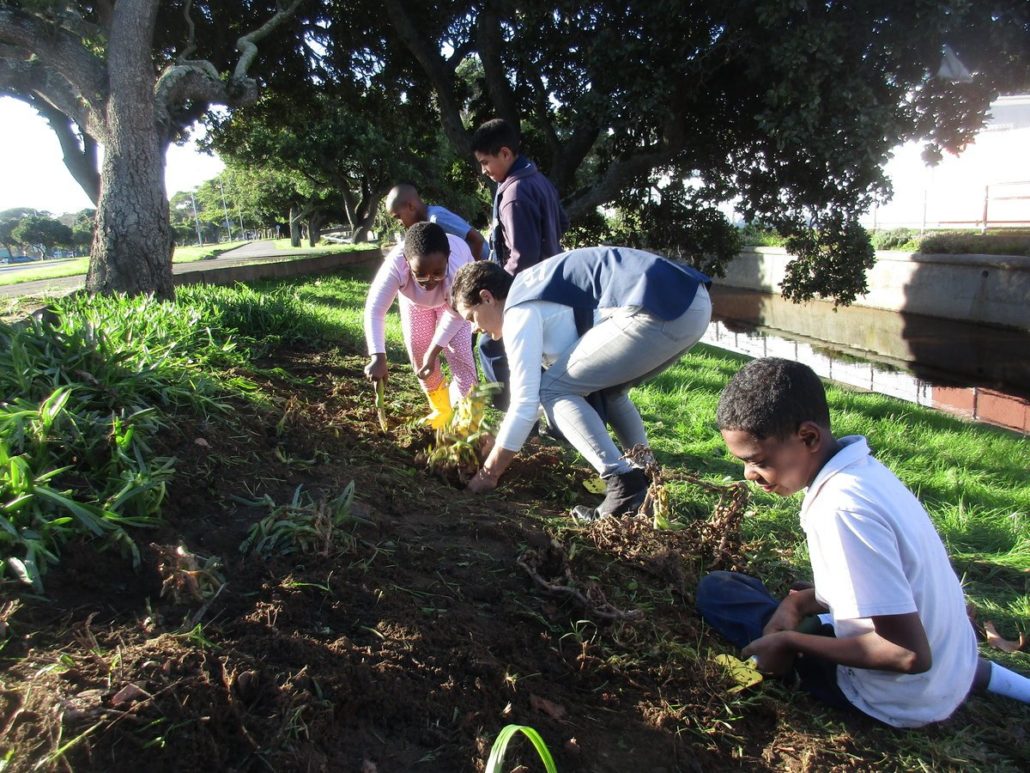 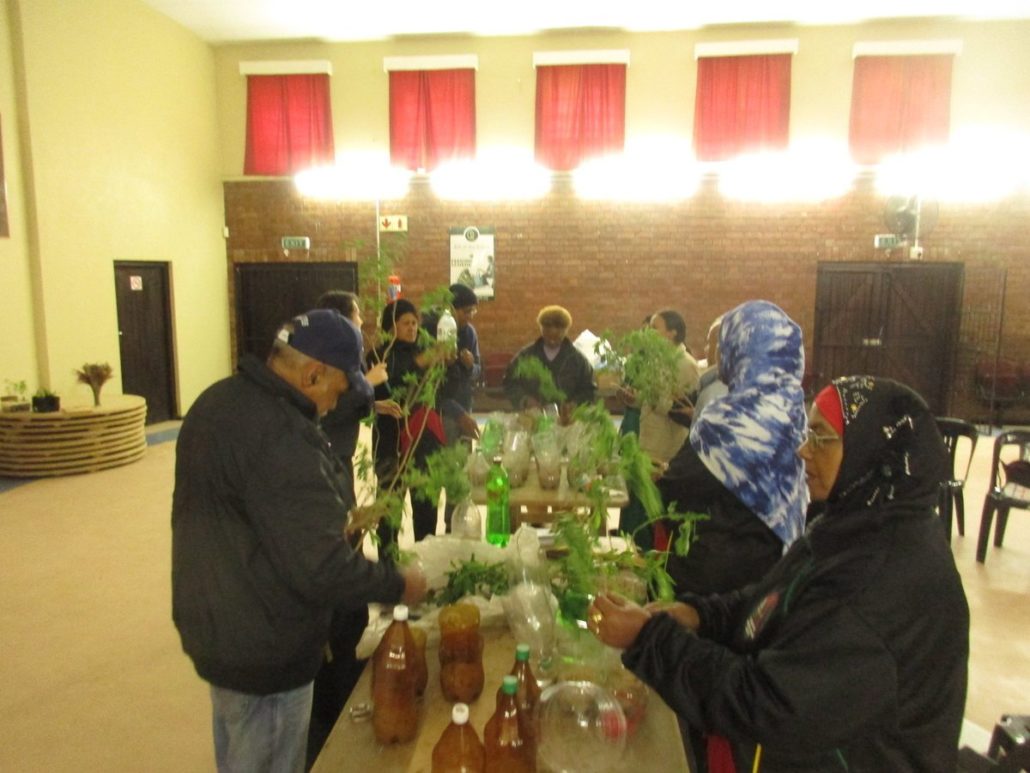 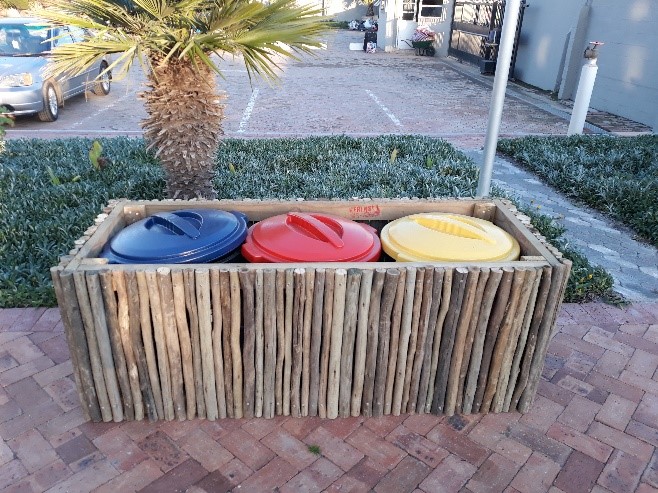 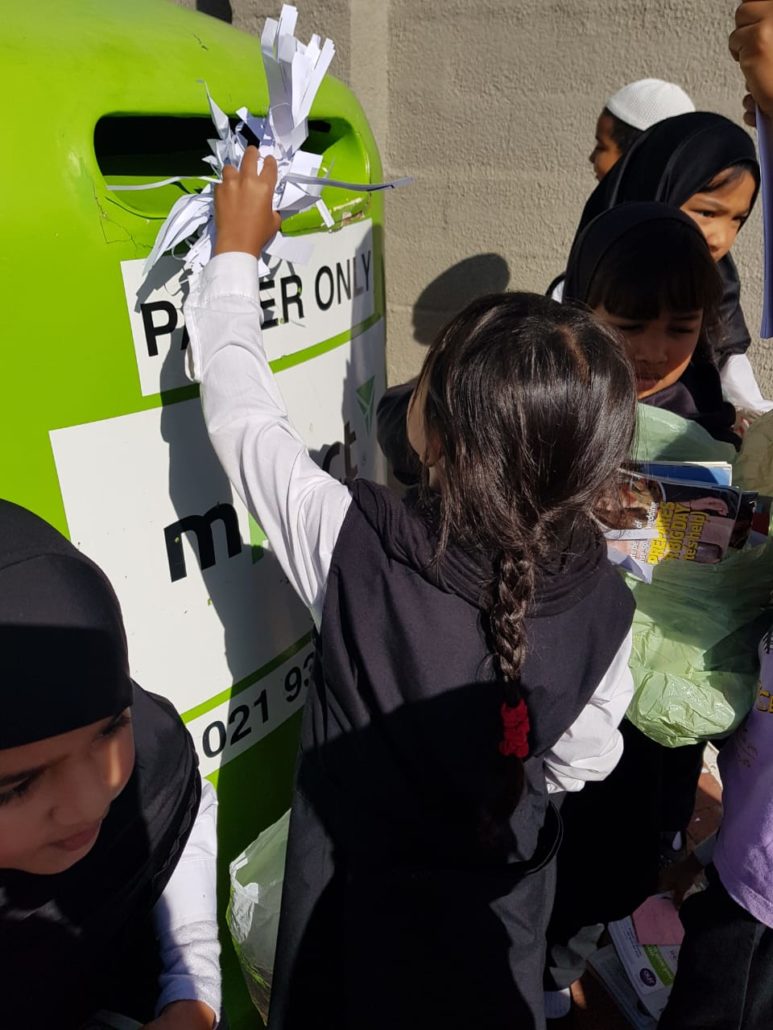 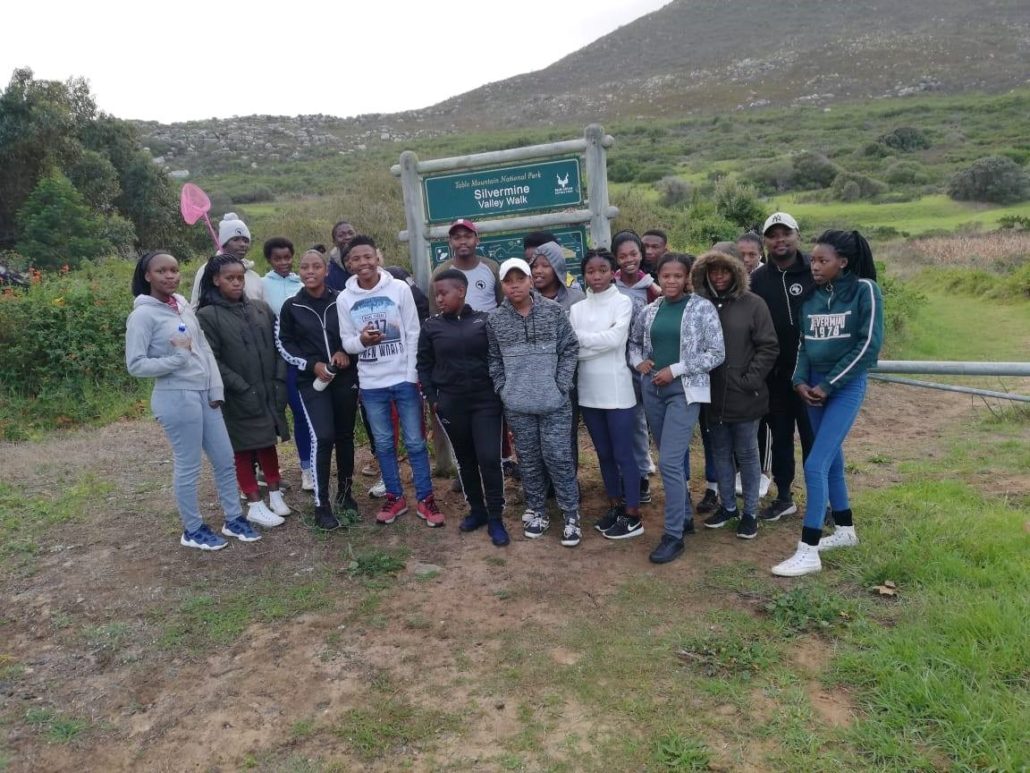 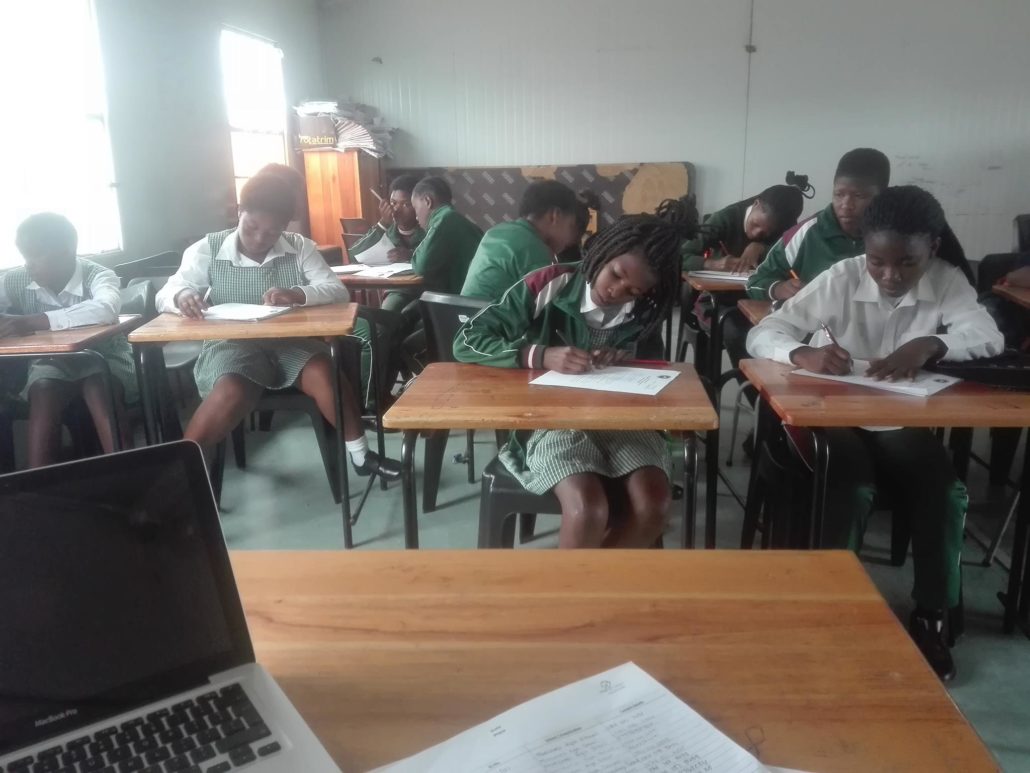 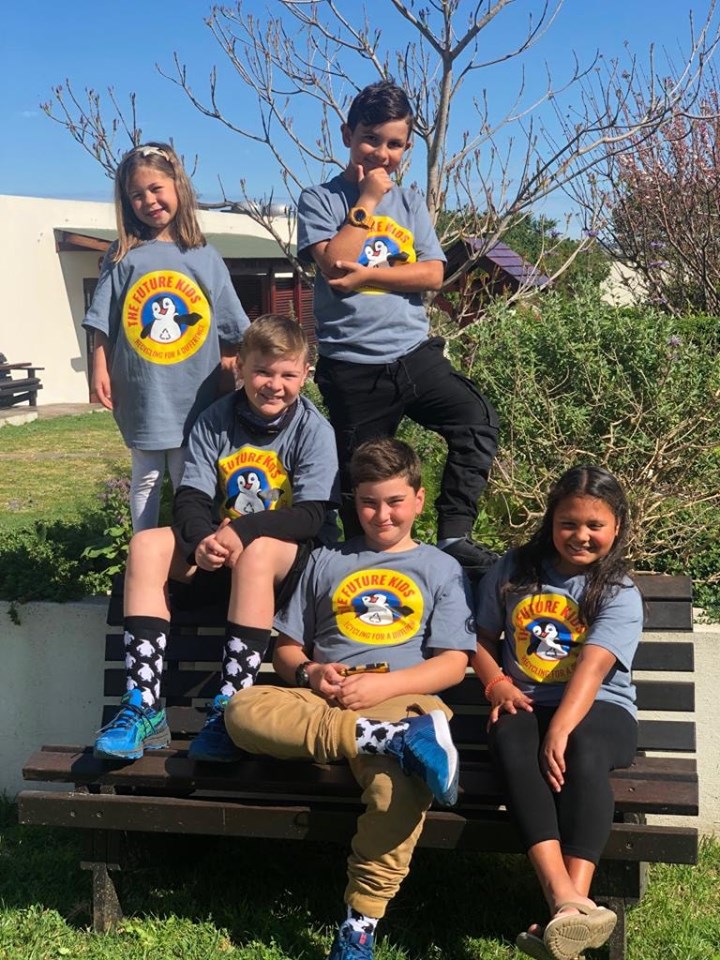 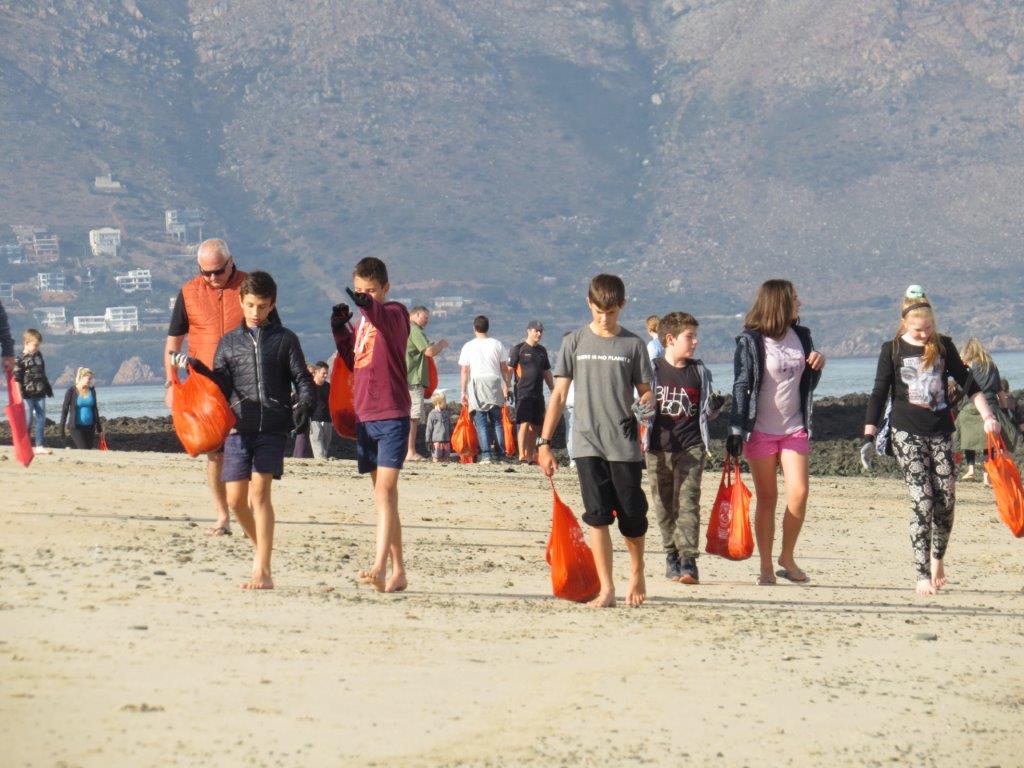 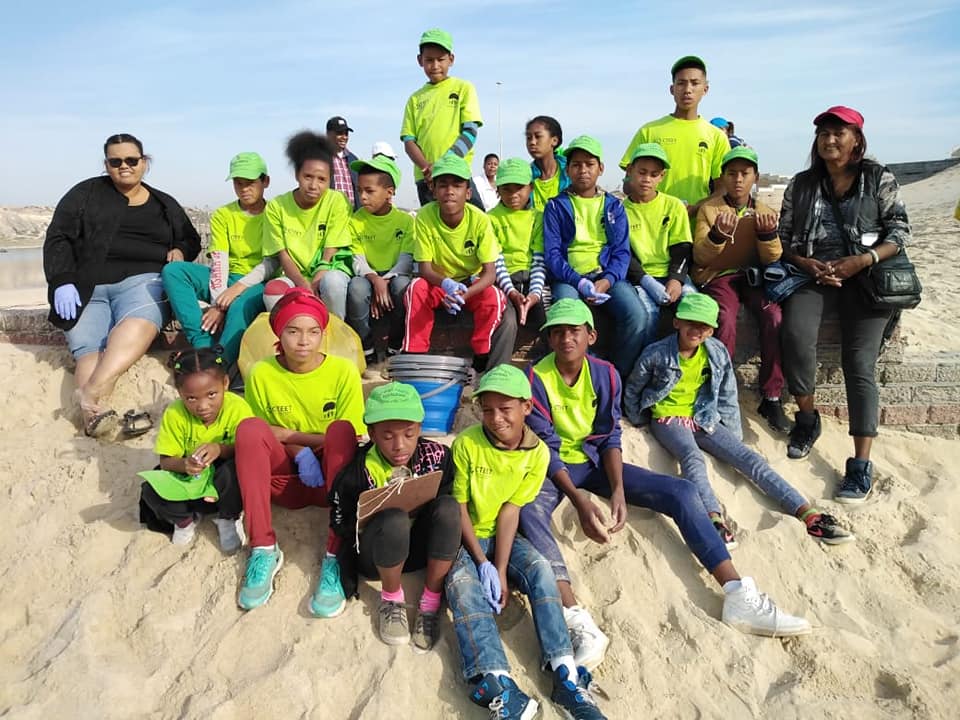 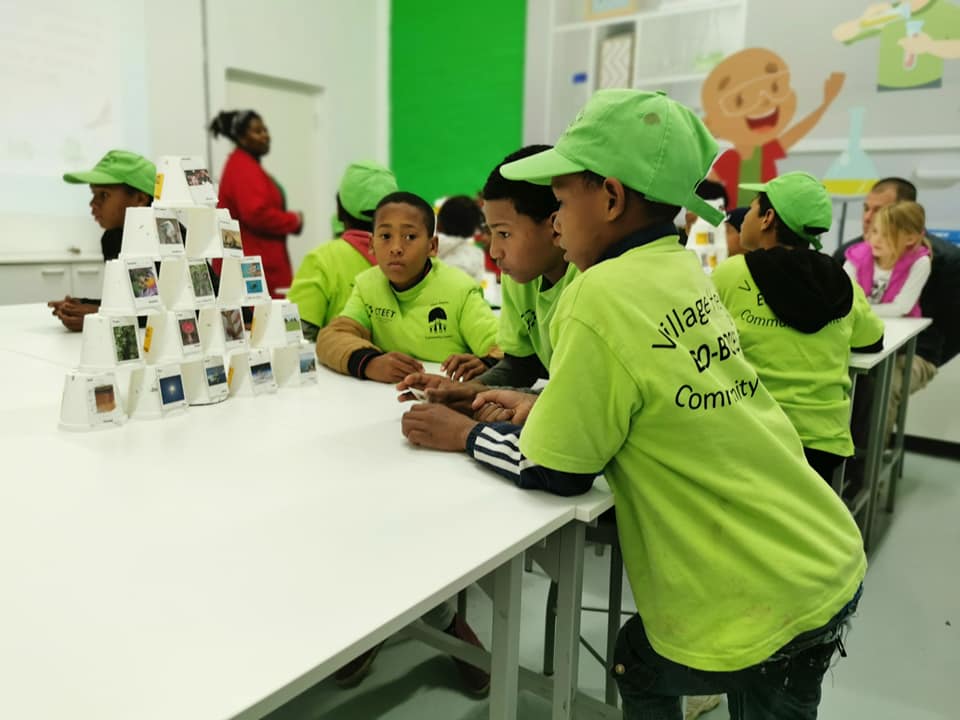 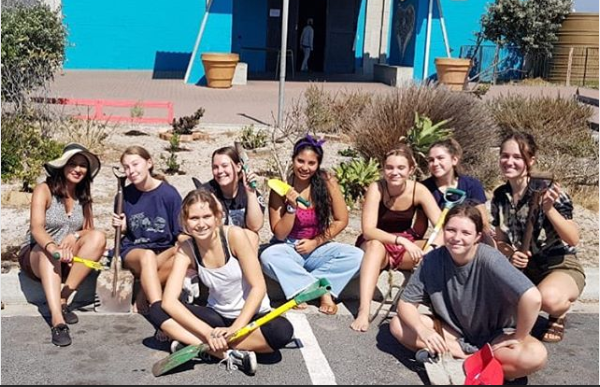 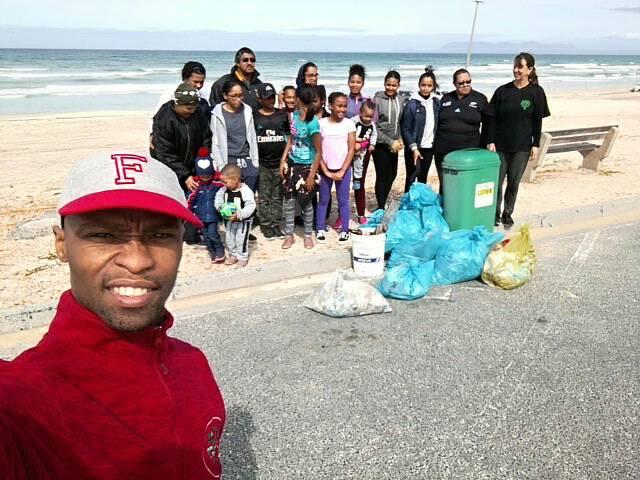 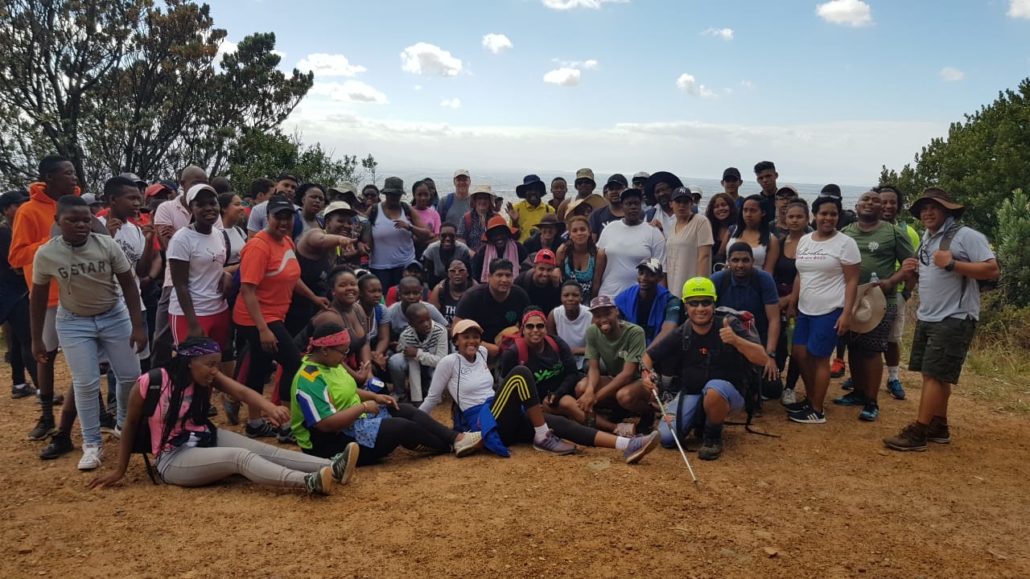 The second year of CTEET acting as a Small Grant Facility on behalf of the Table Mountain Fund has come to completion. We held a close-out event for the projects in September in order to celebrate and share successes from each of the projects. Below is a summary of the achievements of the 8 supported projects from this past year:

Clean our Hoods
This project utilised movies and music to attract and draw community members especially youth into regular clean-up events. Prior to each clean-up event an age appropriate movie with a strong environmental message was screened. The movies encouraged youth to attend the upcoming clean-up, and after each screening conversations around recycling, eco-bricks and a zero-waste lifestyle were had. Four movie screenings were held in conjunction with the clean-up events, with 160 participants, between the ages of 7 and 30 years old, involved. During the clean-ups, approximately 50 bags of litter were collected between Mfuleni and Vrygrond!

Communitree
The project has worked with six groups of volunteers over the course of the year, with each group taking ownership of their respective gardens – three gardens in Bonteheuwel and three along the Liesbeek River. Once established, follow-up weeding and bird monitoring took place on a regular basis in the gardens. The gardens have hosted a number of community events such as memorials, as well as environmental education activities. The gardens in Bonteheuwel have become a place of pride, areas used for dumping have become places used for gathering and are now a symbol of social change within the community. In addition to this, in order to implement plant propagation, bird-monitoring and garden maintenance workshops, twenty-six workshops were held over the course of the year, with a number of follow-up visits and activities held at the gardens.

Jam’ Eyyatul Qurra (JEQ) – Zero-waste to Landfill Initiative
A core JEQ team of staff, learners, community members and parents dedicated to the recycling project was established. Both staff and learners were educated about recycling through outreach initiatives by Mpact and CTEET. In addition, the core JEQ team orchestrated a fun, educational assembly for both staff and learners. Mpact was identified as the organisation to assist with their paper recycling and Recylemania has assisted the school with their remaining recyclables. Both Mpact and Recyclemania collect their respective items and JEQ has received money from both entities for their efforts. Recycling stations, consisting of three bins (paper, plastic, and tin), have been set-up around the JEQ campus. In addition, smaller boxes (paper, plastic, and tin) have been set-up in every classroom.

Lwandle Hiking Club
This project aimed to increase awareness around three environmental themes, namely water awareness, waste management, and biodiversity awareness. Grade 10 learners from Nomzamo High and Khanyolwethu Secondary School that were involved in this project were required to complete and submit an application form and survey to test their prior knowledge. Forty-four application forms were received and an average of 32 learners attended the initial classes. In total, 10 Saturday classes took place with an average of 22 learners attending all the classes. Two hikes (one at the Helderberg Nature Reserve and one with the Pride of Table Mountain) were completed by the group. In addition, a one-night camp was held at the Sunbird Centre in Silvermine Nature Reserve with 19 learners attending, and a community clean-up in Strand with 11 learners in attendance.

The Future Kids Club
The Future kids successfully implemented three clean-ups at Strand Beach. The two first clean-up had approximately 50 people at each but the large clean-up on International Coastal Clean-up Day attracted approximately 150 people. A total of 671.5kgs of litter was removed from the beach. At each clean-up, the club creates an environment that is fun and engaging, which encourages youth to participate. Youth participation has also been encouraged through the creation of leadership roles for the youth to take on during clean-up days. Each clean-up creates awareness around plastic pollution and its effect on the oceans, with question and answer sessions at the end of each session.

Village Heights Community Centre Eco-buddies
This project works with youth from the Village Heights Community Centre on order to expose the children to nature and to educate the Village Heights Eco-buddies on caring for the environment and living sustainably.
The group of 20 youth were taken on six excursions including to Boulders Beach Penguin Colony, the Cape Town Science Centre, a beach clean-up at Monwabisi, CTEET’s holiday programme, a visit to the Rondevlei Section of False Bay Nature Reserve and a one-night camp with Nature@Heart at the Durbanville Nature Reserve.

Wynberg Girls’ High School – The Capricorn Conservation Project
A garden consisting of fynbos and succulents was planted at Capricorn Primary school. The planting of the garden was a joint effort between Capricorn Primary learners and the Wynberg Girls’ High School (WGHS) Enviro Club. The planting sessions were held over 3 Saturdays. Since returning to the school to complete their other activities with the learners, the girls have reported an increase in pollinators in and around the fynbos sections. During the planting sessions the WGHS learners passed on the skills and information required for the Capricorn learners to look after the gardens. In addition, the WGHS learners organised two informative and fun activities for the Grade 4 and Grade 6 learners. The Two Oceans Aquarium mobile unit visited the Grade 4’s teaching them about the marine environment and allowing learners to touch sea creatures found on the rocky shore. A visit to the Rondevlei Section of False Bay Nature Reserve was organised for the Grade 6’s where the learners focused on birdlife and food webs.

Young Green Anglicans
A manual linking conservation with the Christian belief systems has been created, printed and distributed among select Anglican Churches throughout South Africa. Despite being a document founded on religious grounds, the activities and games are relevant environmental education tools that can be used by anyone regardless of their religious beliefs. Approximately 300 were printed of which the majority were distributed.
In addition, five environmental excursions in the forms of hikes and a camp were implemented. Hikes took place with various groups around Cape Town to Helderberg Nature Reserve, Table Mountain National Park, and Kirstenbosch Botanical Gardens. The camp took place at the Eco Camp in Kleinmond with Arocha. Beach clean-ups took place at Monwabisi, Macassar, Strandfontein, and Blouberg. In addition, a clean-up and planting session took place in Delft and in Crossroads. A total of 680 youth were involved the in nature excursions and the action days. 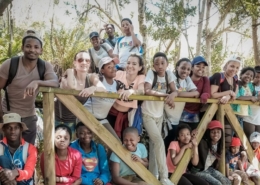 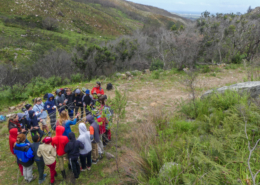 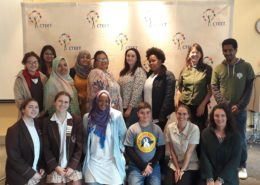 A Soaring Success
Scroll to top