Anwar is a softly spoken young man, who takes his role as educator and role model to children very seriously. But don’t for a minute think that he’s shy. When put on the spot in front of kids, he takes the lead with wit, confidence and some impressive dance moves!

In 2007 Anwar has his first experience of a CTEET camp, as part of a church group. “Ever since my first camp I vowed that I also wanted to be an environmental educator.”

Now, 12 years on, Anwar’s dream has been realised. Here is his story…

“My name is Anwar Boonzaaier, born and raised in Lotus River. Life hasn’t always been easy; as a young boy I was in trouble a lot, and it was a constant battle against drugs and gangsterism. Fortunately, my brothers, sister and I turned to the Christian religion. I learnt to live with these struggles. My first camping experience was with the New Apostolic Church, we camped at a forest in Franschoek and, for the first time, my eyes were opened to life outside Lotus River. On the 17th- 19th November 2007 we went to the CTEET camp at False Bay Ecology Park. I loved it and I knew I wanted to be on more camps. After I matriculated, I heard about the YES environmental program run by WESSA. I applied for it and got CTEET as my host organisation for the year. At the end of 2013 I was offered a contract with CTEET as a Junior Environmental Officer, it was the best moment of my life.

It’s made me proud of myself because my life is going somewhere – I’m not just wasting it on the streets of Lotus River.

On February 5 2014, I had my first experience of taking kids to sleep out at the bush camp. It was the most amazing experience because the kids were just as excited as I was for their first time camping. As the first night came to an end I was lying on my mattress and listening to the night sounds. The silence of the bush was disturbed by the sound of the children and night animals, until both just faded away and I felt like time was standing still.”

Thank you for sharing your story with us, Anwar. 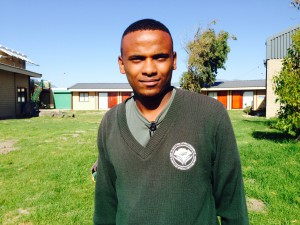 A day with friends from Kirstenbosch – January 16th