We are currently supporting eight projects through the Small Grant Facility afforded by the Table Mountain Fund. This is what some of them have been up to:

The Friends of Tokai Park project has had a strong focus on community engagement and education, with the group having run a highly successful Nature Week at the Lower Tokai Park for ten schools within a 5-10km radius. This took place from 9 – 13 March 2020.

Six of the ten schools were able to participate in 3.5-hour long morning sessions, geared toward various grades of approximately 100-120 learners per session. The morning sessions included various activities such as plantation and fynbos vegetation surveys, a guided nature walk and lessons on small mammals. The remaining four schools brought their Eco-Clubs during the afternoon sessions which included a guided restoration trail walk, and an alien hacking competition. Each of these schools were told about the opportunity to adopt a patch of land within the Lower Tokai Park to ensure it remains clear of aliens, and to come back in the future to see its recovery. In total 600 learners and over 50 volunteers were involved in the Nature Week.

A Fynbos Festival followed on 15 March 2020, showcasing the beauty of lowland Fynbos through various forms of art, raising awareness about the plight of lowland Fynbos, and highlighting conservation organisations in need of support. The Friends of Tokai Park had over 30 sign-ups to their mailing list during the Fynbos Festival, with interest in their hacking events and walks, placing them in a good position to engage community groups around alien clearing in the future.

Thus far, Argonaut Science has developed a Marine Science extramural education curriculum to support the national Marine Science curriculum. The programme has been workshopped and used to train key members of Sea the Bigger Picture, who will also be implementing the curriculum in their Defenders of the Blue programme.

To date Oceano Reddentes has hosted four clean-ups at the following sites: Black River, Kalk Bay Harbour, Strandfontein Beach, and Granger Bay, with a total of 298 attendees across all clean-ups.

From these clean-ups, it has been established that different areas have different waste problems. The following data has been collected:

Oceano Reddentes has also held a clay, eco-brick bench building workshop at Bhongolethu Primary, and two talks about plastic waste at the Clip Conference and False Bay Yacht Club. In addition, at the Granger Bay clean-up, 24 Grade 1 learners from the German International School in Cape Town had a talk about plastic waste and played games using the Dirty Dozen.

Two eco-brick structures built using clay and cement have undergone fire testing with Stellenbosch University, which was positive as the clay walls held for 2 hours without catching alight.

A litter trap has been installed on the banks of the Elsieskraal River canal, and was built in collaboration with Cannon’s Creek Independent School. Learners are involved in design tweaks and alterations, including an innovative design process for the next litter trap that is to be installed.

The team has conducted seven clean-ups of their litter traps and along the Elsies River canal. On average eight volunteer community members have attended each clean-up, ranging between four and 18 participants. 173 bags of waste have been removed from these clean-ups.

Through Earthchild, CTEET is supporting their 2020 Khayelitsha Eco-Explorer Club, which consists of 22 Grade 7 learners from Yomelela Primary School. This group got off to a good start, with almost full attendance of 21 learners at their first hike at Silvermine Nature Reserve. This hike focused on the theme “senses” which gave learners an opportunity to focus on how they use their five senses to observe the environment around them. For many of the learners, this was their first hiking experience, and one of the learners shared the following: “I have never been in a place with so much stillness. I feel calm and at peace. I heard the trees swaying as if they were singing to me.”

For the first time, this group has also welcomed a Grade 7 learner with a prosthetic leg, although the learner struggled on the first hike, she was determined and managed to complete the trail successfully. A highlight of this experience was the support shown to the learner by her peers, and the encouragement this in turn gave to the others, showing them they can overcome any challenge.

Thus far, this Stellenbosch University student-led group has conducted two lessons with 23 youth from the Jamestown community in Stellenbosch and, through a partnership with the Legacy Centre in Kayamandi, two lessons were held with 34 youth between the ages of 14 and 17 years old.

The first lesson in the series focused on ecosystems and food chains, showing the interconnectedness of all living and non-living things. The second lesson focused on how we can learn from nature, using nature as a model for how we can apply solutions to problems by working together in our communities. 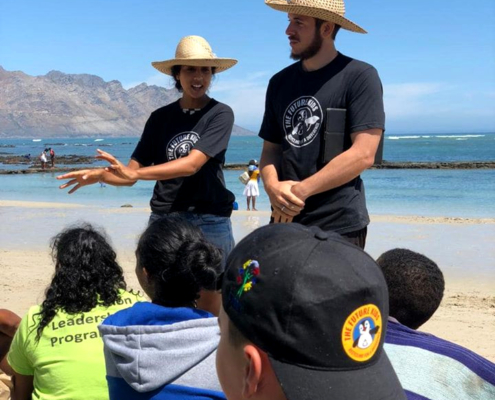 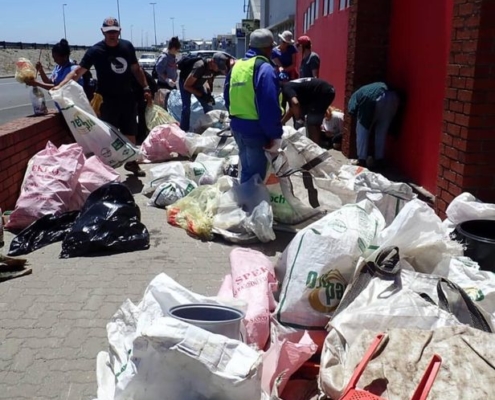 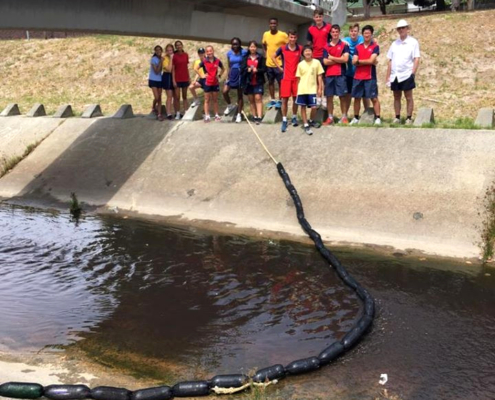 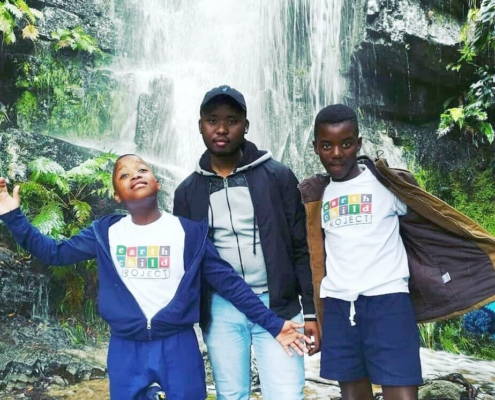 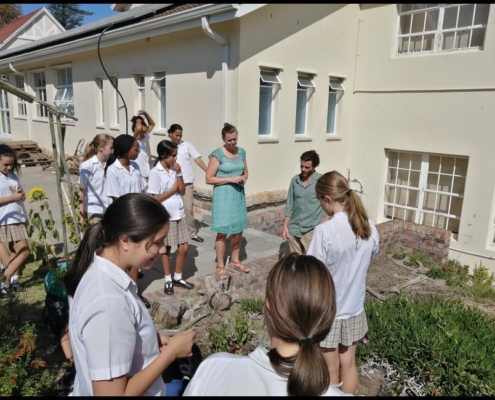 To our valued stakeholders and beneficiaries
Scroll to top