Following their graduation, after seven years on the Conservation Leadership Programme, eight learners from our first group that started in 2013 were taken on an incredible trip to the Lapalala Wilderness School in Limpopo. They were accompanied by two of our staff members into this exciting new environment which offered a chance for our Conservation Leaders to see some of the Big 5 – a first for all of them! Some of their enriching experiences included fun obstacle courses, raft building and conducting a mini SASS to test the river quality. 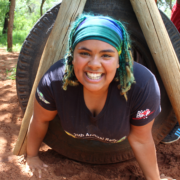 CLP graduate, Erin Wilson gives us her account of the exhilirating trip, “My final activity with the Conservation Leadership Programme was definitely one for the books. Throughout my years as a member of the programme there were plenty of amazing excursions and projects that CTEET had sponsored for the CLP initiative – from Knysna to Ceres. Many of our peers were lost along the way but for those of us who remained behind ended up having the grandest, most spectacular adventure of them all. We got the chance to go to Limpopo, the drive was long and at times seemed tedious, having never been that far across the country. I can say there was alot of time allocated to sleeping and eating and saying it now sounds hilarious, but it was our lifestyle for an entire day!

When we arrived at Lapalala wilderness school we were exhausted but because we knew what it was like going on weekend programmes and we were shocked to find that we could take a break instead of doing the planned itinerary. Speaking for myself, I was overjoyed. We continued to have the best food and wonderful game time around a bon fire provided. Going to breakfast, lunch and supper can simply be described as the best entirely reliant on the fact that these drives were the moments when we got to bond the most, the moments when we got to see animals so close that the sensation was overwhelming. I certainly couldn’t believe my eyes when we sighted Giraffes, Rhinos, herds of Wildebeest, Zebras, a variety of small game and our favourite resident Phumba – otherwise known as a Warthog. No matter how many times we saw that little animal excitement burst from within us, just to release our inner child. 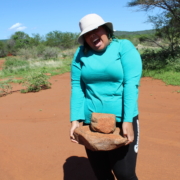 Somewhere during our week we were able to do community service which was more than just that, as it was self-serving as well. We picked up rocks and carried them to a section of damaged land that would log the water in the agriculture ruined soil and eventually grow the lush vegetation that was meant to grow on that barren land. We got to see the capture of Roan Antelope first hand and although it seemed horrific to me I’m sure it was amazing to the rest of the group. Sure I smiled in the picture but inside I felt there had to be a safer way to release those animals into the wild without any bloodshed.

We got the opportunity to go on a boatride to look for the Nile crocodile or any hippos but got the gift of seeing a fish eagle’s nest and learning more about their breeding habits that I certainly never knew about before. There were bonding highlights of our week at Lapalala like raft building, river swimming, mud fighting and just fun and games with people that had grown together as a family for seven years.

The experience was none like we’ve ever had before and the final evening we spent under the stars with just ourselves and burning fire was so serene, the perfect ending to the perfect week with the perfect people. All the effort our team leaders and sponsors shone as everyone shared tears, laughter and love. We knew that would be our last time camping together as members of the CLP, a family that had more to show than the communities we came out of.

Going to the cradle of mankind was also a great experience. It’s definitely something I wouldn’t forge.  It was learning life science, but actively. We were all so happy to see Mrs. Ples in real life and to walk underground where not many people have had the opportunity to walk. We were given so much more than experiences and opportunities we were given a chance at a completely different life and I know I wouldn’t be where I am without CTEET, CLP.

Thank you to  Aunty Justine, Anwar, Aunty Taryn, Abo and everyone else who didn’t have a direct hand in our development as people in our society and not only that but for making us who we are and what we can be. I loved every minute of my time at CLP and I hope that the programme continues to change lives through nature.”